Precision manufacturer relies on Renishaw for the production of critical components

Since adopting the machine tool probes, Associated Tools have benefited from an elimination of component rejections, and a 66% reduction in tooling set up times.

Investing only in machines was not enough

The demand for the production of defence components is growing by the day in India, and by their very nature, precision manufacture of these components is critical. Mr H J Bishnu, now Director of Associated Tools, took on the responsibility for the manufacturing unit in 2005 and filled the company's workshop with the very latest manufacturing technology, including LMW, BFW and Hurco CNC machine tools – all equipped with a variety of Renishaw touch trigger probes and tool setters.

However, when he first took charge, there were various issues surrounding the production techniques. Mr Bishnu recalls, “after investing so much in CNC machines, we were still facing problems with slow machining cycle times, setup idle times, inconsistencies in quality and operator errors”.

Initially in 2005, the process for loading components required manual indexing and a manual dialling system with nine indexing positions. Each manual indexing process took around 45 minutes. This, followed by a further 30 minutes while the machine checked the position, made the set up a slow and inefficient process. In addition, the result of manual indexing and operator errors means that the inconsistency in quality was 5% and the rejection rate 1.5%.

The tool setting process was also manual, which again contributed to time delays each time a new tool was set.

Before long, Mr Bishnu, a BTech graduate from the Halida Institute of Technology, realised that investment in CNC machine technology alone was not enough. He had visited SECO, Pune, and had seen first hand the benefits of Renishaw's touch trigger and tool setting probes, and decided they would have a great impact on his own machining process. 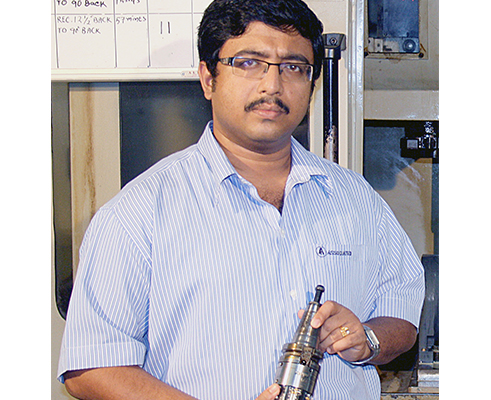 With the introduction of Renishaw's OMP60 touch-trigger probe and OTS contact tool setting probe, Associated Tools began to see dramatic results. The introduction of a CNC 4th axis and OMP60 makes indexing automatic. For every indexing position, the reference point is set automatically, meaning that the component setting time is reduced to 20 minutes and the rate of scrap is reduced to almost zero percent.

With two decades of experience in manufacturing valves, a special unit for manufacturing products for the defence industry and the increased accuracy and decreased set up times resulting from Renishaw probing techniques, Associated Tools is now on track for growth. With the focus on manufacturing and supplying components to factories in Kolkatta, Ishapur and Thirchi, Associated Tools aims to double or triple its defence unit turnover.

Associated Tools has proven how the correct integration of Renishaw's touch trigger probes and broken tool detection systems, in combination with the innovative software required, can result in a highly efficient system for the manufacture of precision components for the defence industry.

As Mr Bishnu concludes: “Since we started using Renishaw probes and software, we have been able to consistently manufacture critical components for the defence industry. There has been a reduction of 66% in set up time and we have stopped talking about component rejections and manual errors, as these have been eliminated completely.” 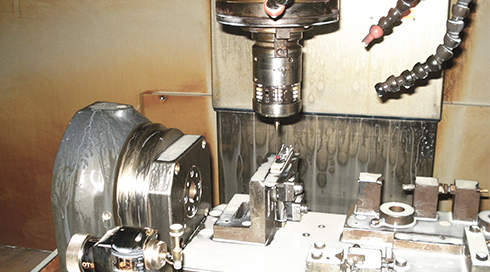