Case study: The mechanical properties of primary feathers - a PhD thesis from the University of Southampton

Christian Laurent gained his PhD in biomaterials engineering from the University of Southampton, UK in 2020. His thesis, 'The Mechanical Properties of Primary Feathers', used a combination of synchrotron radiation computed tomography, mechanical testing, and Raman spectrometry to improve our understanding of the mechanical behaviour of feathers. The University of Southampton owns several Renishaw inVia™ confocal Raman microscopes, enabling students like Christian to study compositions of materials with a variety of complimentary research methods.

Christian investigated the orientation and thickness of cortical layers in the shafts of feathers and considered how this related to their mechanical properties which permit avian flight. Raman spectroscopy was used as it provides a high-precision analysis of the proteins contained within flight feathers to elucidate their secondary structures. Analysis was made on feathers from four different bird species (gull, kestrel, mallard and swan), specifically targeting variations in the amide I band. The Renishaw Raman inVia confocal microscope was chosen for the work because of its unparalleled precision and reliability, as well as its ability to handle a diverse range of samples without causing damage.

Dr Christian Laurent commented "The high signal to noise ratio offered by inVia allowed me to obtain high quality data in a single pass. As the system was already fitted with the required wavelength laser, this saved time and meant that my research could hit the ground running [...] Using Raman spectroscopy for the first time, I found the Renishaw software easy to use and I could be sufficiently trained in a single session."

To compare proteins in the inner and outer cortical layers of the feather shaft, Christian fitted six curves to the amide I band and compared the ratio between the β-sheet protein peak at 1668 cm-1 and the 1613 cm-1 polypeptide side chain peak. This revealed that across the four investigated bird species, the concentration of protein with β-sheet conformation was greater in the inner layer compared to the outer layer. This finding supported Christian's additional work, where he identified for the first time that the Young's modulus value, E, a measure of bending stiffness, was higher in the inner layer than the outer layer. This suggested that the inner layer is more resistant to bending, whilst the outer layer is more resistant to torsion. 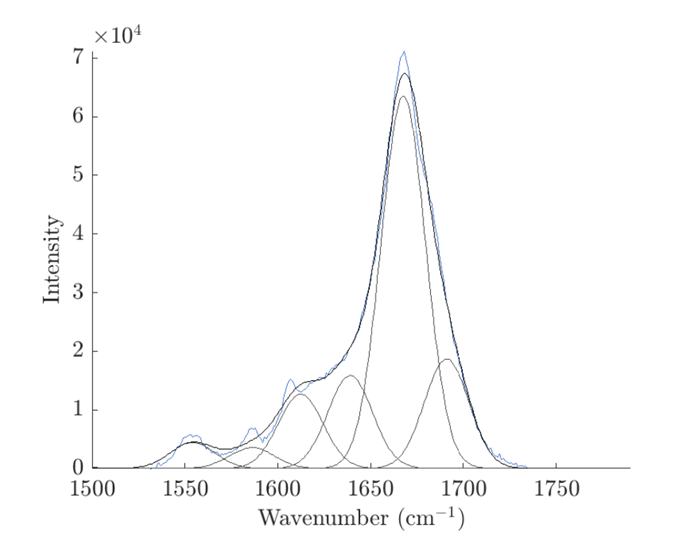 An example fit of data from the Amide I region. The blue line is the data recorded, the black line is the fitted curve from six component Gaussian functions, shown in grey. The spectrum is from the outer layer of the dorsal part of the first primary (P1) from the mute swan (C. olor), taken at 40% length from the base of the calamus. The R2 value of the fitted curve is 0.9898.

By performing in-depth Raman analysis using a Renishaw inVia system, Christian discovered that the different layers of feather shafts contain proteins with different conformations, conferring a mechanical adaptation which may be implicated in the evolution of avian flight.

Dr Laurent finished by adding, "the ability of the inVia to interface with a microscope has allowed us to apply Raman spectroscopy to a unique problem. The inVia is accessible and such a multidisciplinary collaboration would not have been possible without it. Our results have set the stage for promising work in the future."

To read more on his research, as well to find out more about Christian's personal and professional aspirations, please visit his personal website: www.christianlaurent.me 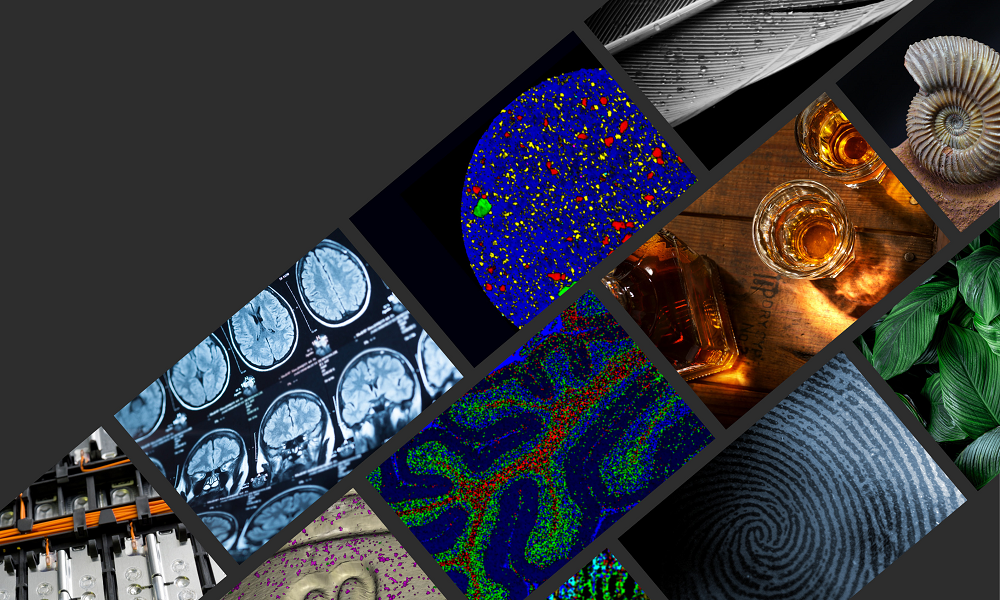 We have a whole range or articles, case studies and news stories about Raman spectroscopy. 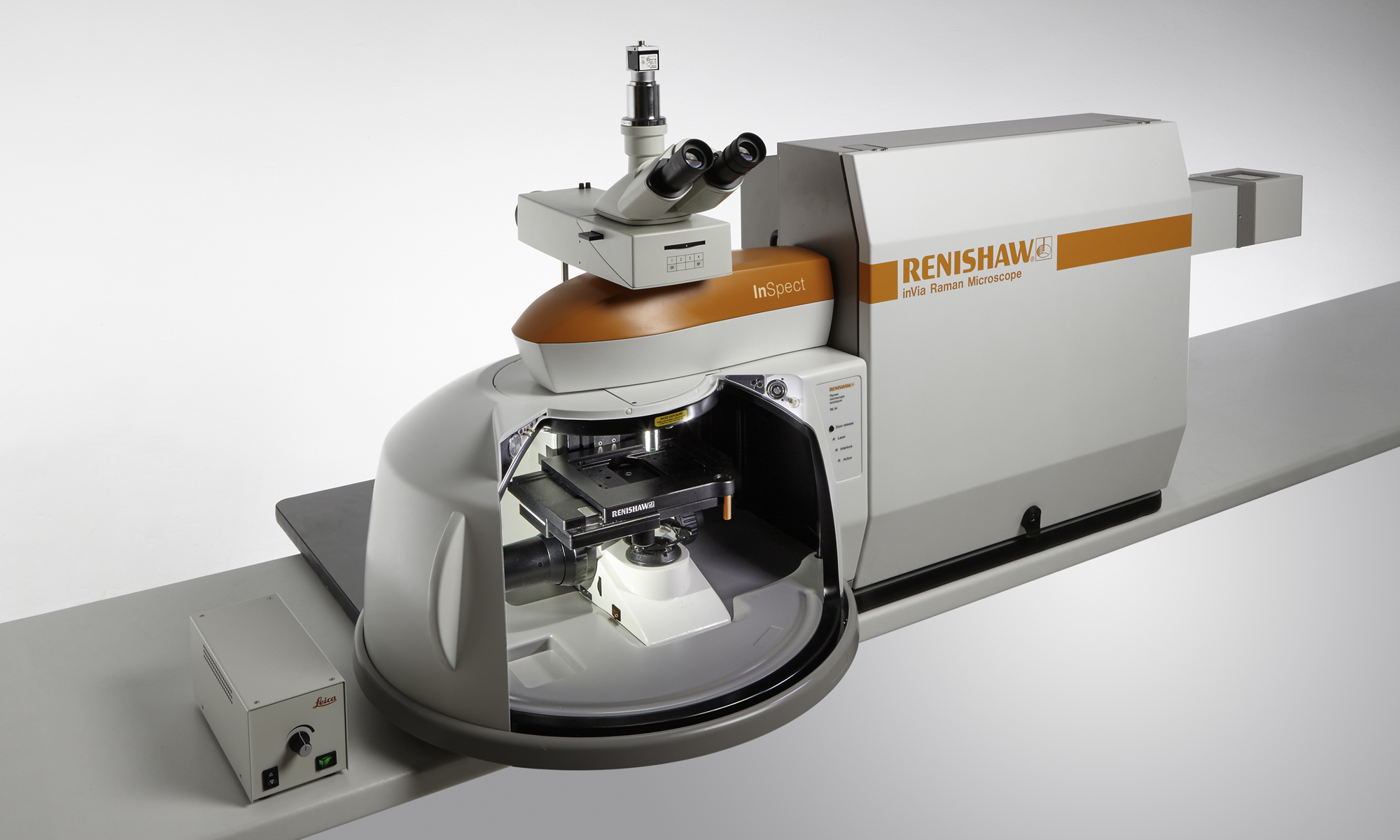 About the inVia microscope

Discover more about how the inVia confocal microscope is suitable for your organisations applications.